A collection of a semi-educated mind, or how I sucked it up, and didn’t sleep.

Back at’er, as the locals of my home would say. This is quarter two of my graphic design course, and already, the banner I made for this blog before school is making me hate myself. Ah yes, the awakening of a mind, learning new ways to pick things apart needlessly.

So to the point, here’s a bunch of stuff I did during school so far. 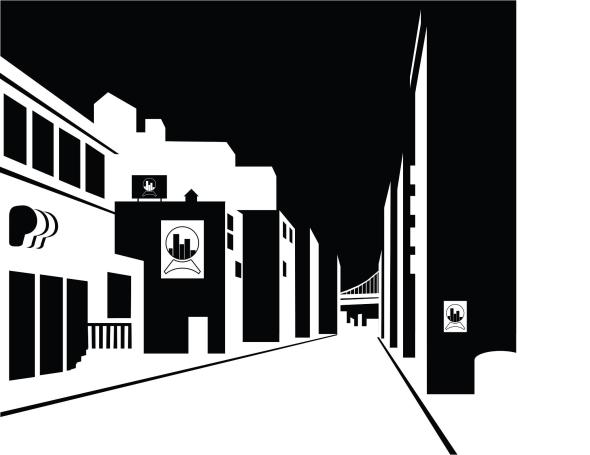 This is illustrator assignment 2. We had to create a logo and incorporate it into a scene of our choosing. This took a lot longer than originally anticipated.

This was for design class. We had to make a cardboard spaceship. I chose to do the Sith Destroyer from Star Wars. pew pew pew.

Also for design class. We had to make a short photo animistic, and we did it on a group member named Mikey’s painting process. I drew this as a logo for the intro.

This was just drawn for fun. Can you guess what bone in your body this is? Hint* It’s not the femur. 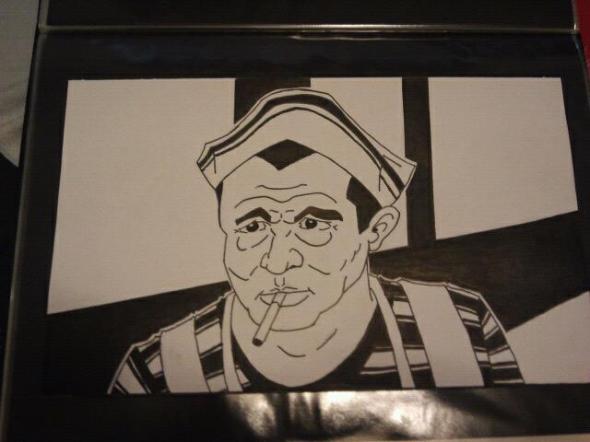 Another one just for fun.

This was my first Illustrator project. We had to draw some thing with simple geometric shapes, and we were only allowed to manipulate points. Na Na Na Na Na Na Na….ect.

This was a Concept Development project. We had to make a poster describing our selves in some way. This project took too long, and too much energy. I did not enjoy this one :(

Digital Imaging 2. We had to create a CD cover for a band of our chsosing. I really like the Gorillaz and thought it would be interesting to work with their art style. I was unconfident with photoshop at the time of this project, and had missed a class. I asked my friend Steve, a great artist and graphic designer, to help me catch up. While he was there we did this project together as a kind of quick tutorial. 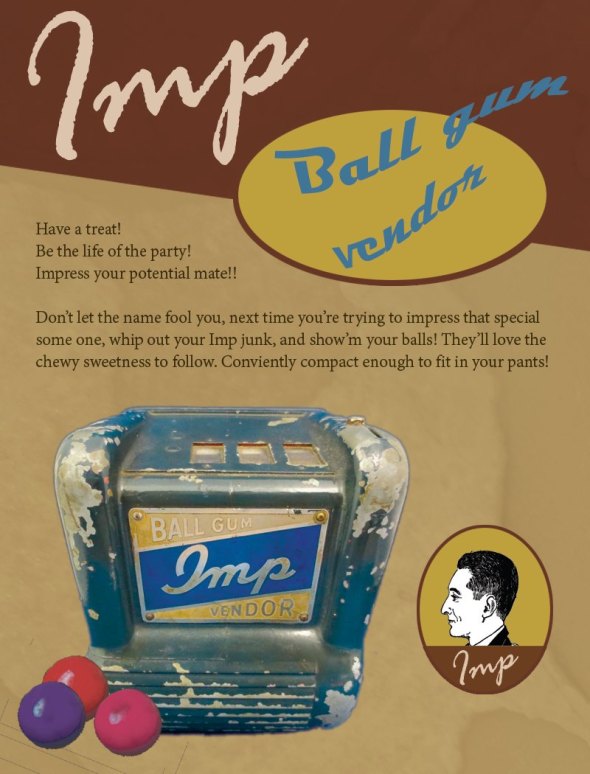 This is Digital Imaging 2′ assignment 2. we had to create an ad from a select era. I was once a huge TF2 player, bus since have waned in the game. I am still a huge fan of the art style of the game. I chose to do my ad from the 40s-50s era, and drew lots of inspiration from TF2’s mock poster advertisements since the game takes place in that era.